Conspiracies
Communities Topics Log In Sign Up
Sign In
Hot
All Posts
Settings
Win uses cookies, which are essential for the site to function. We don't want your data, nor do we share it with anyone. I accept.
DEFAULT COMMUNITIES • All General AskWin Funny Technology Animals Sports Gaming DIY Health Positive Privacy
14
PROOF that they are already dimming the sun with geoengineering.⸻Mysterious white spots of ocean several hundred football fields wide are popping up in Bahamas: upon analysis they are calcium carbonate CaCO. Same chemical Kill Gates "wants to" spray into the atmosphere. Connect the dots.
posted 7 hours ago by ghost_of_aswartz 7 hours ago by ghost_of_aswartz
7 comments share
7 comments share save hide report block

"Mysterious" White Spots in the Ocean

For almost a century, people have observed these so-called “whiting” events, which typically cover an area equivalent to a few hundred football fields, but nobody knows the exact cause of this phenomenon. Samples show that the discoloration is caused by fine-grained calcium carbonate that floats over the Bahama Banks, which are carbonate structures that surround the archipelago, but it’s not clear why the grain clouds sporadically appear in the ocean.

Turns out, the white spots are chalk that rained down to the surface of the ocean. Not such a mystery, scooby doo!

A Bill Gates Venture Aims To Spray Dust Into The Atmosphere To Block The Sun. What Could Go Wrong?

Microsoft’sMSFT +0.1% billionaire founder Bill Gates is financially backing the development of sun-dimming technology that would potentially reflect sunlight out of Earth’s atmosphere, triggering a global cooling effect. The Stratospheric Controlled Perturbation Experiment (SCoPEx), launched by Harvard University scientists, aims to examine this solution by spraying non-toxic calcium carbonate (CaCO3) dust into the atmosphere — a sun-reflecting aerosol that may offset the effects of global warming.

First sun-dimming experiment will test a way to cool Earth⸻Researchers plan to spray sunlight-reflecting particles into the stratosphere, an approach that could ultimately be used to quickly lower the planet’s temperature

Zhen Dai holds up a small glass tube coated with a white powder: calcium carbonate, a ubiquitous compound used in everything from paper and cement to toothpaste and cake mixes. Plop a tablet of it into water, and the result is a fizzy antacid that calms the stomach. The question for Dai, a doctoral candidate at Harvard University in Cambridge, Massachusetts, and her colleagues is whether this innocuous substance could also help humanity to relieve the ultimate case of indigestion: global warming caused by greenhouse-gas pollution.

The idea is simple: spray a bunch of particles into the stratosphere, and they will cool the planet by reflecting some of the Sun’s rays back into space. Scientists have already witnessed the principle in action. When Mount Pinatubo erupted in the Philippines in 1991, it injected an estimated 20 million tonnes of sulfur dioxide into the stratosphere — the atmospheric layer that stretches from about 10 to 50 kilometres above Earth's surface.

Bill Gates wants to release massive amounts of chalk into the stratosphere to block the sun – what could go wrong?

Microsoft’s founder Bill Gates is backing the development of a solar geoengineering project to dim the sun with a cloud of chalk. Scientists from Harvard University in Massachusetts who conceptualized the project said the chalk could act as a sunshade, triggering a global cooling effect that would help slow climate change.

The scientists are planning to conduct a small-scale test in June over the town of Kiruna in Sweden, spurred on by financial support from Gates and other private sponsors. A large test balloon will lift there, bringing two kilograms (kg) of calcium bicarbonate and 600 kg of scientific equipment 12 miles into the stratosphere.

Cooling the Earth with chalk

Calcium carbonate is a sun-reflecting chemical. In its powdered form, it is used to prevent and treat low blood calcium levels in people who do not get enough calcium from their diets. It is also used as an antacid to alleviate certain digestive problems, including heartburn, acid indigestion and upset stomach.

Keutsch and his colleagues plan to use calcium carbonate to create an enormous shield that will reflect some of the Sun’s rays and heat back into space, as well as dim those that do get through.

In a never-before-tested plan to alter the Earth’s atmosphere and global temperatures, one of the world’s wealthiest people, Bill Gates, is planning to spend millions with other private donors, to spray the stratosphere with chalk to combat climate change. The chalk would be calcium carbonate, the same material that is the primary component of egg shells, snail shells, seashells, and pearls. Gates and other project backers hope this plan will deflect some of the sun’s radiation from reaching the Earth’s surface, resulting in less-warm conditions here.

Before spraying tens of millions of pounds into the atmosphere, Gates is planning a small scale test in June over the Swedish town of Kiruna. A large test balloon will lift there, bringing 2 kg of chalk and 600 kg of scientific equipment 12 miles up above the Earth’s surface. Once it reaches its target altitude in the stratosphere, it will release the chalk in a plume that should end up being a mile or two long. During this test, scientists tied to Gate’s experiment at Harvard University will measure what impact, if any, the plume has on solar radiation attempting to reach the surface; they’ll also study how the chalk dust particles react with the air at such a high altitude. This data would be used for computer-modeled simulations of much grander planned dispersions.

I think its safe to assume that Kill Gates, et al, are doing secret testing in or around the Bahamas to block out the sun with aerosolized dispersals of chalk (calcium (bi?)carbonate). It's also possible they are spraying elsewhere and that the atmospheric injections traveled to and 'rained down' on Bahamas.

I don't think anyone is going around spraying calcium carbonate on the ocean from tugboats for no discernable reason, nor do they seem to be a natural phenomenon (arising not from human activity). 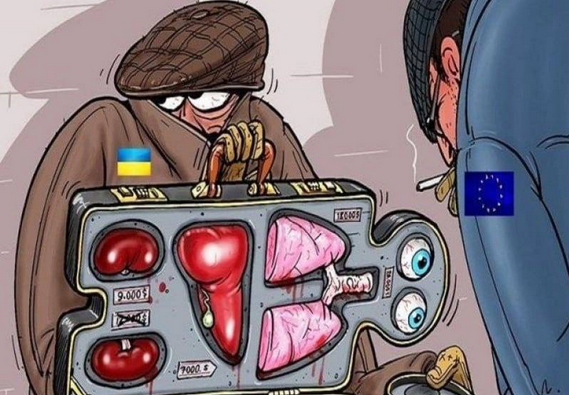 And they will discover that 85% of Congress is sponsored by Pharma and that they committed to the CoHoax scenario and.. Oh thats right, they won't investigate themselves or do anything but penalize imaginary money (see previous "payout") In fact, Pfizer paid Gov B$ last time. Honk. (media.conspiracies.win)
posted 11 hours ago by pkvi 11 hours ago by pkvi
8 comments download share
8 comments share download save hide report block 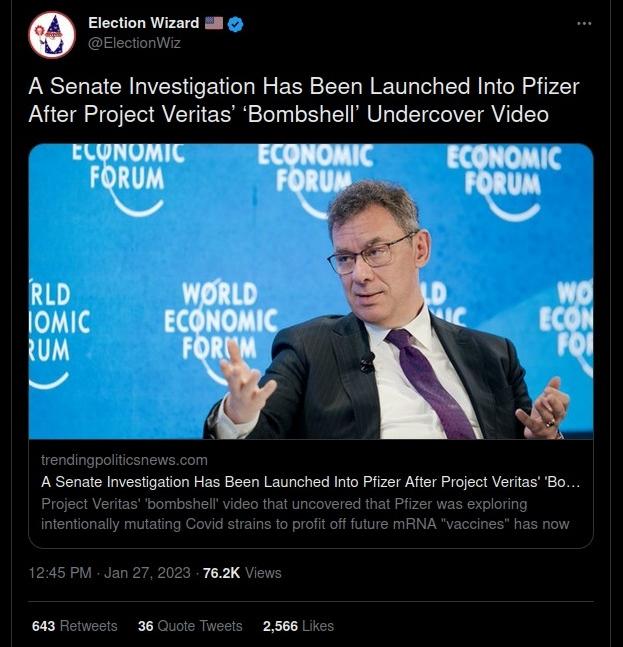 Why did he answer the door holding a drink? Why is he holding on to the hammer one handed, answering the door with the other guy, while holding a drink? Per usual with everything now --> even IF the scene is sincere, something does not make sense. The 911 call makes it even more confusing. (media.patriots.win)
posted 7 hours ago by pkvi 7 hours ago by pkvi
11 comments download share
11 comments share download save hide report block 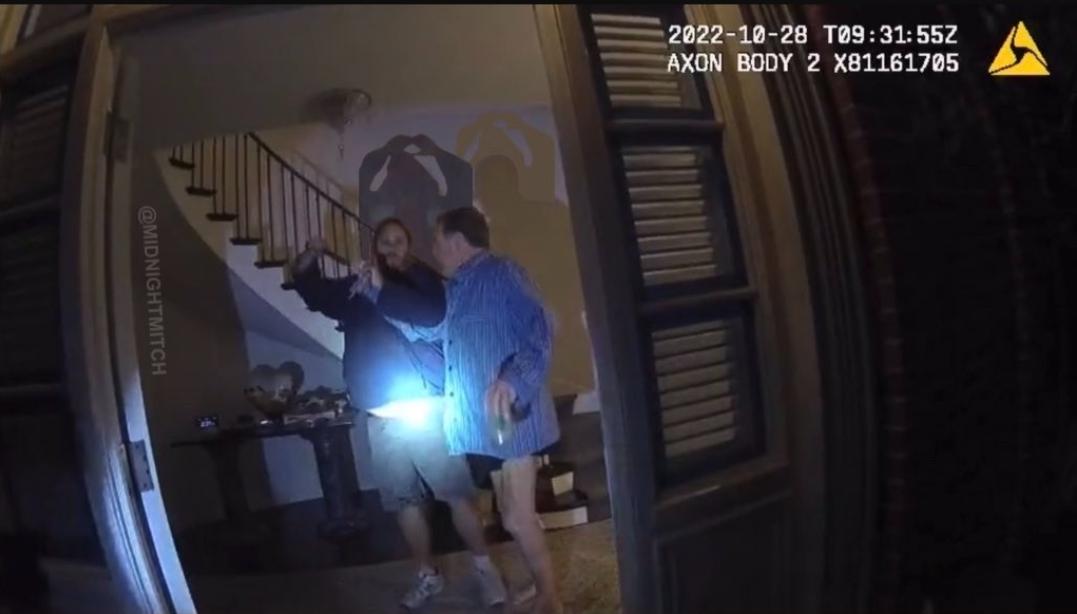 Florida Federal Judge James Cohn just ordered for this video documenting FBI corruption to be removed from youtube (regarding a massive FBI Miami scandal where they permitted murders to occur). Watch it while you still can. Federal Order at qboro.com/doc/cohn.pdf (www.youtube.com)
posted 6 hours ago by qclick 6 hours ago by qclick
1 comment share
1 comment share save hide report block
28 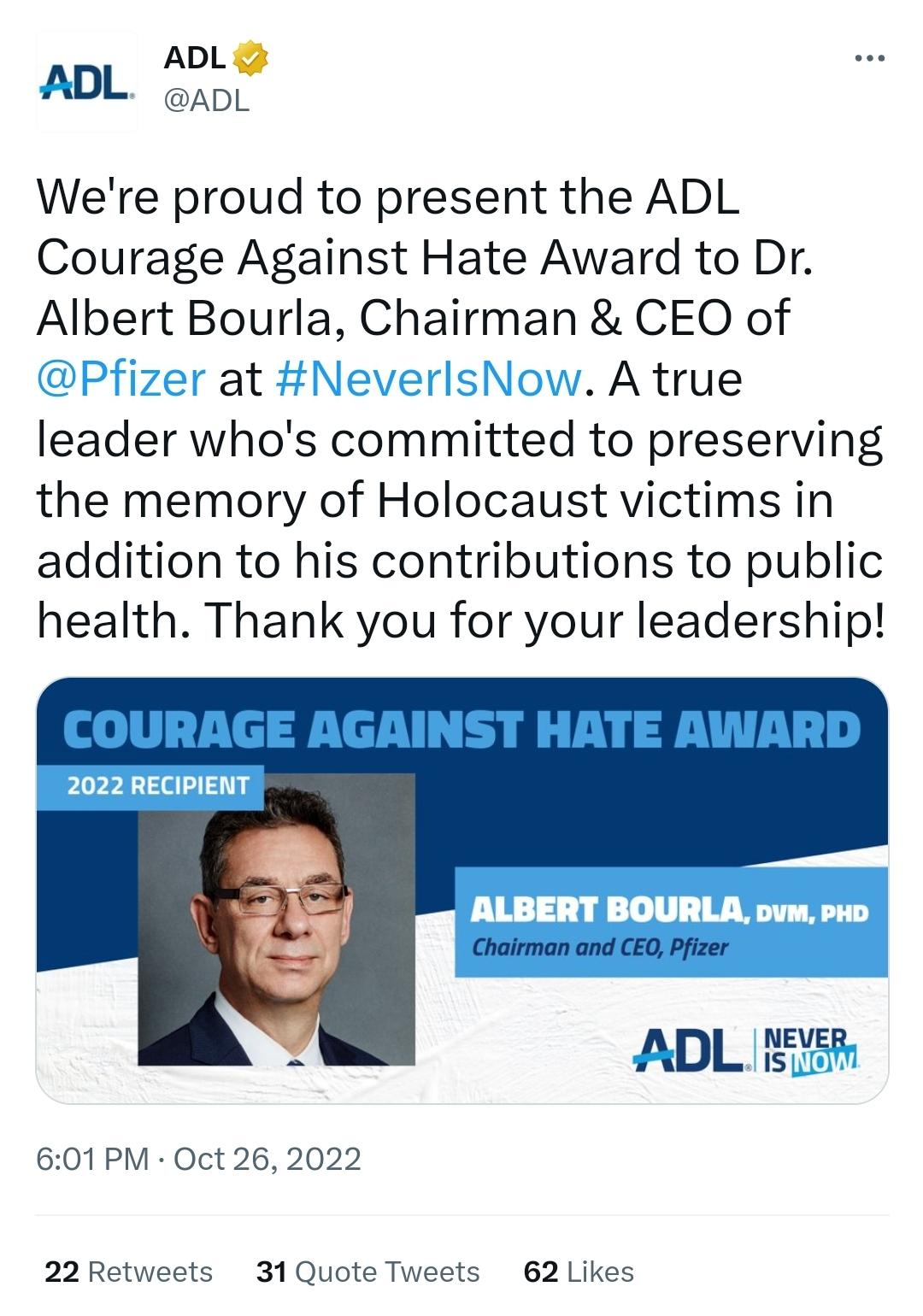 Just kidding. They will just come up with a new fantasy or claim that the video is deep fake.

Just kidding. They will just come up with a new fantasy or claim that the video is deep fake. 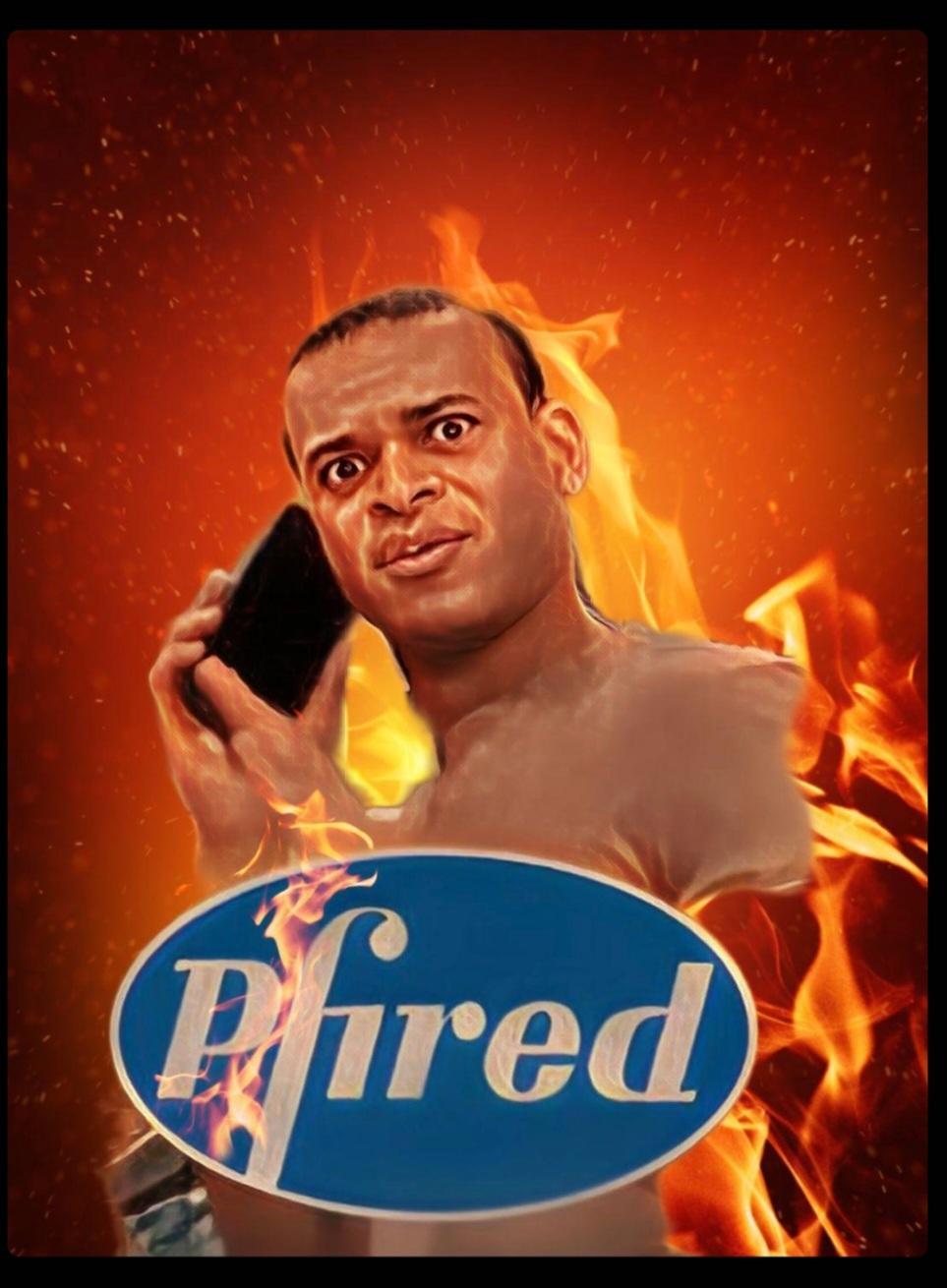 Help Q-Boro solve some murders. Could this be the one? The black benzo looks promising. Crime Stoppers is offering $9,000 reward for this case. (www.youtube.com)
posted 58 minutes ago by qclick 58 minutes ago by qclick
0 comments share
0 comments share save hide report block
12
Seven years for questioning Covid in Russia... (web.archive.org)
posted 14 hours ago by nicebot 14 hours ago by nicebot
2 comments share
2 comments share save hide report block
Russian coronavirus-denying ex-monk sentenced to 7 years
A coronavirus-denying former Russian Orthodox monk has been given a seven-year sentence on charges of inciting hatred
web.archive.org
3 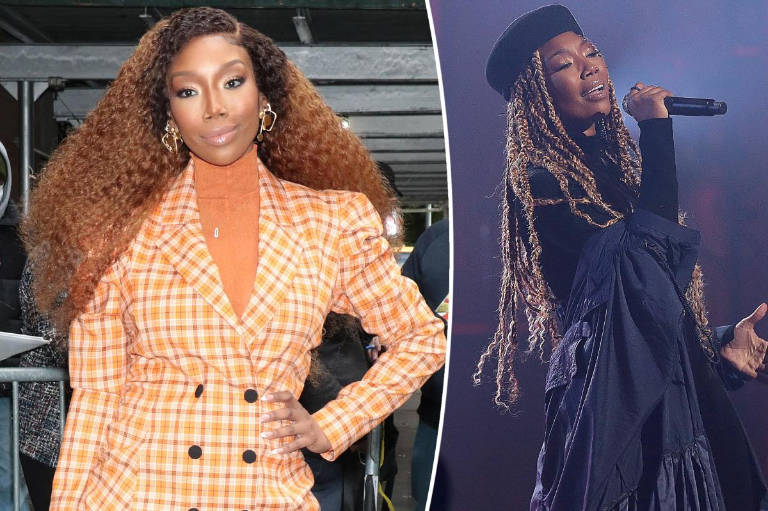 Brandy reportedly hospitalized for possible seizure in Los Angeles
“The Boy Is Mine” singer’s parents are reportedly by her side at the hospital and sources shared that it seems Brandy, 45, will make a recovery.
pagesix.com
6

Together they are worth an admitted 300M$+ but live on a street corner? No drive way?! Is this a safe house for fucking? Anon pointed out the fresh ice cubes which needs explaining. Their body language at door open is too comfortable. Anywho, don't actually care, too bad he survived. (youtube.com)
posted 11 hours ago by pkvi 11 hours ago by pkvi
5 comments share
5 comments share save hide report block
2 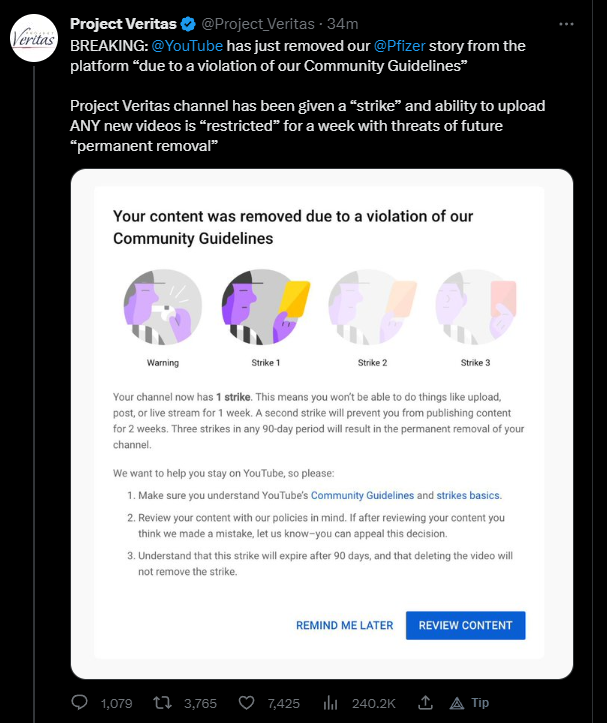 This guy who wrote all these amazing books claimed on 4chan that they are based on the nature of our reality and reveal stuff we aren't supposed to know about. Everything from Reptilians to Baphomet to the Astral Realm, ect.. is all covered in these very interesting stories. You don't have to read them in order either but I recommend starting with the 1st one.

The red pills in these books are far beyond anything I have ever seen. Truly incredible stuff.

Hey you! Wanna be the next president of USA? You have to be involved in mkultra. You can predict who will be the next president, if you follow James Corbett from Corbettreport. Presidents are selected to protect eugenics industry (media.conspiracies.win)
posted 13 hours ago by defenderOfMontrocity 13 hours ago by defenderOfMontrocity
4 comments download share
4 comments share download save hide report block

A Dollar Collapse Is Now In Motion, Saudi Arabia Signals The End Of 'Petro' Status
ZeroHedge - On a long enough timeline, the survival rate for everyone drops to zero
www.zerohedge.com
view more: Next ›
Content Filters: