Conspiracies
Communities Topics Log In Sign Up
Sign In
New
All Posts
Settings
Win uses cookies, which are essential for the site to function. We don't want your data, nor do we share it with anyone. I accept.
DEFAULT COMMUNITIES • All General AskWin Funny Technology Animals Sports Gaming DIY Health Positive Privacy
3 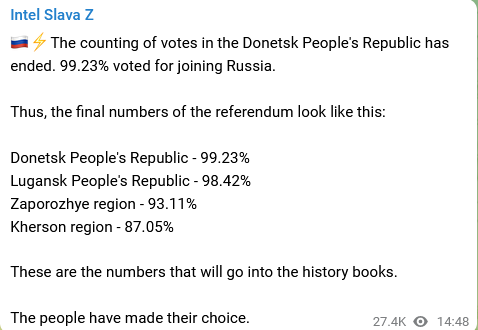 8
What do you guys got on that clip from the documentary where they showed MAC, media access control, bluetooth signals being detected from some of those who got Covid vaccines. I suspect that's transmitting nano biometric data to your phone and they're collecting that data.
posted 1 hour ago by funturistic 1 hour ago by funturistic
5 comments share
5 comments share save hide report block

Lemme get that clip from the 2hr doc I saw on the weekend.

Found the 2hr doc where that was from.

Looked around for who made this. Was difficult. It's cause the language was ESP.

This was the official site.

But they're not talking english. And over at insta they sure as hell ain't gonna be talking about the things in the doc. Surprised they're even allowed on the site.

At the insta page their link is to the vid:

Now.. let's get into that Mac, media access control, bluetooth signal they're detecting emanating from some of those who got the covid vaccines. It's not consistent.. can come and go. They're getting different address from people who got the same vial? When they try to dig into it with guys who know tech stuff, it detects that and goes away.

What information is being broadcast here? Like how are you even getting this computer signal from a fuckin person. This is totally moving towards the damn matrix movie. lol.

At the end of the doc, during the credits, they had that Yuval guy talking about how they were doing surveillance through the NSA.. now they're moving towards "under the skin" with biometric data.

So.. what do you guys got on all this? The microscope stuff, those forms don't seem too complex. During my couple years of research saw these. Those are fuckin lookin like computer circuit boards. Lemme get that album. This was when they were first observing how cells were reacting to the vaccines. This is from months ago.

Yeah this was from April.

Was trying to go back to sleep and thinking. I don't think the data's being broadcast powerfully enough with the 5G network.. where satellites can pick it up. It's probably just secretly getting transmitted to your damn phone. What kind of data, I don't know. I don't think the data would be too complex. Like wtf.

But.. these guys got tech you can't even imagine, right. Was trying to go to sleep. Thinking.. they got what you see and hear already through the phone camera and mic. No.. this data here.. well you'd have to understand the military brain hacking stuff I was researching seasons ago.

I think this biometric streaming data is what you're thinking.. the thoughts in your mind.. it's transmitting that data.. and they got the hardware, that they could hear it in audio form. Then their A.I, that's been running all their equipment since it reached singularity in 2015.. can simultaneously monitor everybody at the same time, all day long. It's analyzing that "collective consciousness" data. Seeing how somebody's thoughts going out there, secretly affect others. I don't know.. but that's my idea on this one here.

I do not see how this does not start WW3. The secret societies that run the world certainly want a world war and are in control of the governments that are moving toward war. Anyone have any info? Or are the normies just too fucking stupid and have moved on to the next thing?

Yea so... the pushback on this whole Nord Stream 2 fiasco is nuts.

The swarm of nonsense + pro biden dogma is insane.

i.e., the Biden Administration just committed an act of war.

A human being's answer: Fuck no you piece of shit! Terrorist's answer: Well, trust the science is good and aym black so you know its true. (<-- ayh swear he says this) But you probably shdn't bcz its not right BUT you shd probably convince them endlessly. #BurnTheBridge (media.scored.co)
posted 3 hours ago by pkvi 3 hours ago by pkvi
4 comments share
4 comments share save hide report block

The Science™: "The Vaccines are killing you. Sorry. No refunds."

You know it's coming 🙄

Because I'm still here struggling to remember other than it was a typical Saturday with yard work and the Xi thing was a lie. Photos of transit buses in New Jersey displaying nuclear detonation instructions on their side.

TPTB have had two long-standing goals:

Russia / Ukraine is resulting in both.

The Green Beautiful -- La Belle Verte (1996)⸻BANNED French film recommended by Max Igan in Gemma O'Daugherty interview about an alien woman from a green planet who experiences how insanely destructive our consumer-driven society is (odysee.com)
posted 7 hours ago by ghost_of_aswartz 7 hours ago by ghost_of_aswartz
1 comment share
1 comment share save hide report block
12