Conspiracies
Communities Topics Log In Sign Up
Sign In
Hot
All Posts
Settings
Win uses cookies, which are essential for the site to function. We don't want your data, nor do we share it with anyone. I accept.
DEFAULT COMMUNITIES • All General AskWin Funny Technology Animals Sports Gaming DIY Health Positive Privacy
2

To the Trumphites attacking my truths about Trump and his being complicit in the hoaxes, here are some more you can try spinning. Someday you will realize, we can do better. Trump aint it. He's a Dem NYC pedo.. he played you. (media.conspiracies.win)
posted 51 days ago by pkvi 51 days ago by pkvi +10 / -8 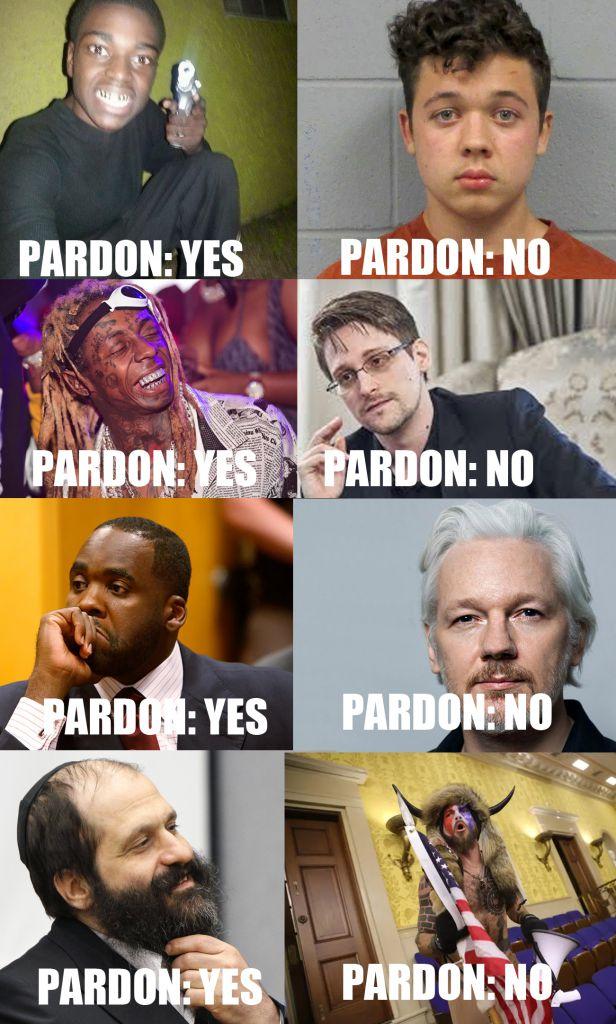 He should have pardoned Assange and Snowden, but he caught Assange and let him rot instead. He had no plans to pardon people who could fight the NWO.

u/pkvi: you are obvious shill if you claim "blue Anon shaman" shall be pardoned. End of the story. Capitol riot was staged by Demonrat party, Trump pardoning anyone who took part in capitol riot would fuel Demonrat propaganda making every American patriot and nationalist terrorist - what is already agenda of Joe Bidet and Kaballah Harris and Killary Clinton.

So get out of our sight and go with shame you deserve !

The last one who was outed as a liberal spy is the one you focus on?

The meme maker's emphasis was probably Jan 6-ers et all.

He threw them all under the bus.

Yes the Libs decided when the groups gathered to let them in to stage the "coup" appearance but lets not go retarded and ignore that our people went in and were prosecuted for it.

You are the fucking shill for allowing ANYONE leeway.

The last one who was outed as a liberal spy is the one you focus on?

Yes - because that matters and is most obvious.

The meme maker's emphasis was probably Jan 6-ers et all.

You are the fucking shill for allowing ANYONE leeway.

You are rather shill.Or idiot. On Jan 6 there was nothing possible to be done better - except maybe armed Trump supporters lynching all capitol rioters as traitors they were (but even that would be extremely risky in mainstream media).

lets not go retarded and ignore that our people went in and were prosecuted for it.

It is war.Luckily for now - cold one.On war some people are hurt. If it would be 100% confirmed that Q is scam and Trump is traitor the only way (but not good way - the tragedy here is there wouldn't be better way !) would be civil war in USA.And people DYING because of this war. Including small children dying from hunger,lack of medicine,food and so on...

War means people being burnt alive,wounded,crippled,dying with guts on the top... Hospitals full of screaming people. That is not CS,not some recrutiment materials from US army. Reality of war is gore film being your daily thing. If you would understand it,if you were understanding what I am fucking writting you would probably vomit or shit yourself...

Trump was never a prophet, just a businessman I'd much rather have a business man in charge than the globalists.

Um.. those things are synonymous.

Give it a fucking break.. this is no conspiracy.

On the right side, you have the national security threats.

Trump clearly had no intention of ever draining the swamp or fighting the globalists. He is nothing more than a shit business man that had a hit tv show for a couple of years. His father made all the family money, and his son is trying to make sure he snorts whatever is left up his nose.

Why is it that you're in every thread, and trump lives rent-free inside your meth ramblings? Grow up you small dicked chode. Type into google: snowden gold cisco routers cia vs nsa

And find out how these people were actually puppets in a shadow war between 3 letter angencies, and here you are sucking my fucking precious air with your dogshit.

I'm happy he didn't pardon ANY of those people.

You're the fucking retard who couldn't figure any of this shit out.

In fact... I aim this last comment at almost everyone in this thread, including the op. You're all fucking retarded. I wouldn't find a firing neuron between the lot of you. I come here to think. You faggots are taking away the one last place where it's encouraged.

Barack Obama granted more than 1,700 commutation requests, more than every other president over the previous half-century combined.

President Trump has granted just over 90 pardons and commutations,

Get the Fuck outa here.

I'm looking at you pkvi, you're a fucking retard if this is the level of analysis that get's you off.

How fucking embarrassing for you.

To clarify. You are insinuating that it would somehow be better for Kyle to receive a pardon, and it would be for him to be found not guilty...

The problem here; is that you guys are literally on the spectrum.