Conspiracies
Communities Topics Log In Sign Up
Sign In
Hot
All Posts
Settings
Win uses cookies, which are essential for the site to function. We don't want your data, nor do we share it with anyone. I accept.
DEFAULT COMMUNITIES • All General AskWin Funny Technology Animals Sports Gaming DIY Health Positive Privacy
86

More JUST COINCIDENCES that notable vocal antivax speakers drop dead "from covid" in the last 100 days despite all surviving 600+ days unscathed. Problem is we cant tell if murdered/murdered or hospital murdered/treatment and mislabeled (per usual) (media.conspiracies.win)
posted 220 days ago by pkvi 220 days ago by pkvi +91 / -5 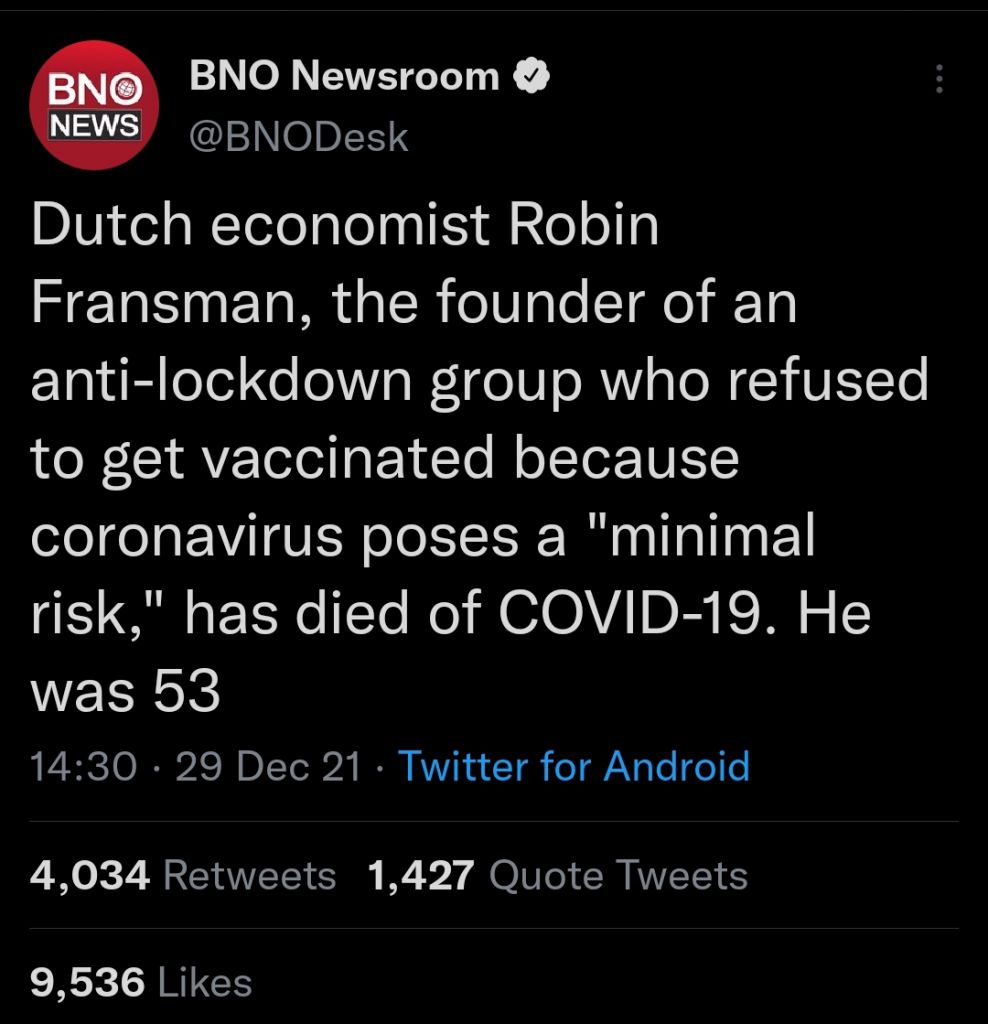 I just learned a friend of mine is in the hospital with covid. His daughter posted on his condition, noting he's on a ventilator. I'm pissed off, because I'm sure the hospital will kill him without ever giving him any actual treatment, can't try IVM or HCQ because muh Drumpf conspiracy theories. They just stuck him on a ventilator. Fucking pieces of shit. Doctors will not be spared when the time comes.

They'll give him Ivermectin at the last second, after a court battle, after his lungs are SHREDDED from blood clots-- just to "prove" Ivermectin doesn't work.

If you get to the point where you need help from a hospital, they will only help finish you off.

I've read stories of people sneaking IVM into the hospital inside food.

Doctor> This shouldn't be!

Worse even begins from intake. Ayh watched in 2020 in NYC as they preemptively treated ALL patients as potential CoVID and this led to horrible initial treatment and procedures which ayh assure you led to deaths. Saw it, watched it, complained, crickets.

Fucking NYPD and FDNY and their fucking pensions. They are scared children. Ayh know one who's own Uncle was murdered in a robbery later that year and it listed "with COVID" on this COD. Did he complain? Nope.. muh pension.

Please for the love of God stop saying ayh. I can't fucking stand it. Zoomers...

Ayh do not think ayh can.

How come my friends don't die, they go to parties, outside everywhere without mask, without vaxx and some of them are 75+ yrs (healthy though and don't have American weight).

There are studies now showing that 84% of people "dying of covid" in the hospital were deficient in Vitamin D3.

They had studies going back last fall showing this. Apparently the literature has been there for decades showing that “flu season” is just “vitamin d deficient season”

Wow, this is gold!

One thing to keep in mind about D3 is that for most people, the correct dose would be something like 5000IU a day (even better if you know your level for sure), not 400IU like many conventional docs would suggest.

I had a short summary in PDF with some of these treatments. Feel free to download and share if you find it useful:

Keri Mullis was the first victim in my opinion.

You could NOT have deployed PCR as aggressively (that word is even too subtle for how they did it) as they did with the Nobel Prize winning inventor so adamantly and professionally opposed to it. He would have railed like a madman every single day stating PCR test CAN'T DO THAT as he did with HIV. He had to go.

Ayh think they curve ball they didn't anticipate was Dr. Malone and mRNA counter arguments. Guarantee they wish they had taken care of him but they are too deep now on that. Not that anyone would do anything if they Epstein'd him.

No offense taken, it's been quite a while since I've read anything about him.

"Has died by Covid" could mean 1. he really died of covid or 2. he was murdered.

Or he just died with covid, not from it.

Medical staffs are paid for every patient that gets positive to covid. Put him on a respirator with wrong medicine? Even extra financial benefits. Doctors are nowadays legal murderers backed by the government.

That NYT writer died from the vaccine a few days ago too; I would bet my money this is just a coincidence (outside of hospitals treating patients poorly at least)

If I thought they were going to execute me for not getting vaccinated, I would get vaccinated.

Do it no one cares faggot

I didn't say I would sell my soul to the devil. You are reading things that aren't there. So you are the retard.

actually uhm... Im pretty sure this might ACTUALLY COUNT as selling your soul to the devil... mainly because of the whole... slowly cutting us off from food and buying and selling thing...

like going along to get along is exactly how people take the mark of the beast because they dont want their families to starve and die and suffer.

Just because you practice a goofy religion doesn't mean I do. Your stupid church is wrong. The god hates retards church.

Ive met some pricks in my time, but you sir, are a cactus.

We will agree that I am a cactus. I like cactus. You don't. I am a mainstream Christian cactus, not a vaccine is the mark of the beast nutcase cactus. I wish my pokes were always as helpful as a vaccine. (Think small pox vaccine. Not the covid vaccine that only exists in the imaginations of the mental.)

idt it is the mark itself, but to me the behaviors surrounding it sure seem leading up to that.

So is there zero chance he actually died from covid and nothing to do with your conspiracies?

only fools deal in absolutes