Conspiracies
Communities Topics Log In Sign Up
Sign In
Hot
All Posts
Settings
Win uses cookies, which are essential for the site to function. We don't want your data, nor do we share it with anyone. I accept.
DEFAULT COMMUNITIES • All General AskWin Funny Technology Animals Sports Gaming DIY Health Positive Privacy
18 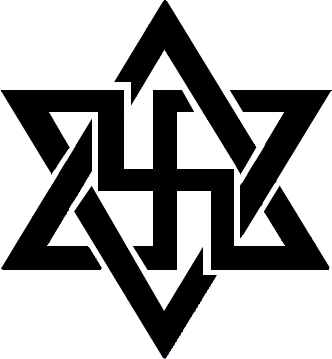 Hmmm, I never thought of Ye as derivative before:

The logo for the Theosophical Society brought together various ancient symbols

It's the logo of the Raëlian Movement.

This is a nice example

OMG, if Ye brings up cloning that will confirm we've shifted timelines.

Oh, it was just an attempt at wit, basically.

But at a very esoteric level, there is possibly a more serious angle. Ye is very high-profile and here he is referencing the Raelians, potentially drawing attention to them.

Even though they've been around for decades, they only flashed into the limelight briefly back in 2001 but, again, it was in a very high-profile way. These complete UFO whack jobs with their kooky outfits testified before Congress in March of that year at hearings on human cloning, and this included non-ridiculing mainstream media coverage:

For literally decades now, that attention always struck me as quite odd. Then from a completely different angle, there is much talk in the last few years in conspiracy circles about clones. Personally, I consider virtually all of the discussion sensationalist nonsense and speculative garbage.

But you might be surprised to know that, personally, I believe clones exist and that the current Hillary Clinton and King Charles are examples. Maybe Ye has some more direct knowledge of this.

So given this strange confluence, it does cross my mind whether there exists a remote possibility that what Ye did may eventually lead to some sort of revelation to the masses.

We need that kind of apocalypse, IMHO.

UPDATE: I guess this adds a bit more clarity to Ye's knowledge of human cloning: Ye spilling mad conspiracy on Elon about him being made in a Lab

He bucked against his handlers and now they've tightened the puppet strings and forcing him to pay penance. What an embarrassing dance you're doing, monkey. Quit hitting yourself...

This is not Ye's logo. It is the symbol of the The International Raëlian Movement .

it's from some UFO cult