Conspiracies
Communities Topics Log In Sign Up
Sign In
Hot
All Posts
Settings
Win uses cookies, which are essential for the site to function. We don't want your data, nor do we share it with anyone. I accept.
DEFAULT COMMUNITIES • All General AskWin Funny Technology Animals Sports Gaming DIY Health Positive Privacy
8 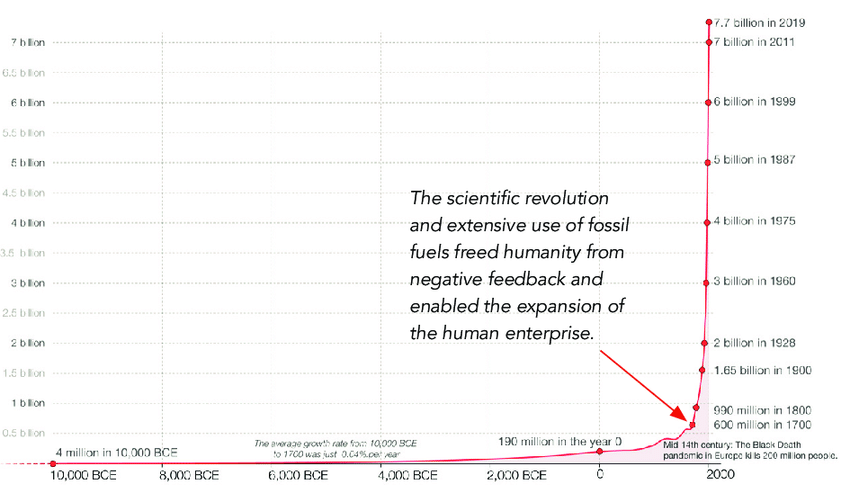 How do we know what the historical numbers were like

They’ve covered up a ton about our history

Why would I assume the numbers are real

Even if they have never been caught lying before, HOW do we have any idea of world populations thousands of years ago

You bring up a good point. Its likely their numbers are inaccurate, but how inaccurate is hard to know. What we do know is there are a fuck ton more people now, orders of magnitude more, than ever before. Humans leave evidence of their existence through their cities, roads, agriculture etc.

How do we know what the historical numbers were like

Question a) does nature communicate numbers or do those within nature suggest numbers to each other? b) As ONE within ALL...what represents the reference to other ONEs? What differentiates ALL reality into each ONE within?

...not the suggested his-story by others; but what ONE perceives within ALL.

They’ve covered up a ton about our history

If knowledge represents ALL perceived reality; then the cover up represents ONEs lack of understanding thereof; which can be easily achieved by consenting to suggested his-story.

Why would I assume the numbers are real

As form (life) within flow (inception towards death)...one can only assume everything; not define anything. for all is constantly changing. How to corrupt ones understanding thereof? By suggesting affixed meaning (words; brands; idols). Nature does not use words to communicate itself; it moves all within to communicate inspiration towards perceiving senses.

even if they have never been caught lying before

What if consenting to a suggested "truth" is what allows those suggesting it to then contradict it as a "lie"? What if true vs lie (conflict of reason) represents want vs not want towards suggested information; while ignoring perceived inspiration?

Very Malthusian of you.

Ding, ding, ding. Winner! Wait until you see what things look like when less fossil fuels are available and crop yields drop by 80-90%.

This problem was completely unnecessary. It was created by governments financing large families for parents that couldn't support large families.

Now our "solution" is going to be a system where millions starve randomly when the weather is too cold or hot?

Simple solutions like tax incentives for having fewer (or no) children work just fine in first world countries.

Encouraging the third world to immigrate to the first world is the biggest problem, yet our banking family friends continue to push for this through their puppet leaders that we "vote" for.

Its been my position that my only concern with depopulation is not having been informed. If Klaus had come to me, said, listen, they gotta go, ayh would have said, ayh know how to drive a bulldozer.

More precisely its us vs (them) with human shields in between like a really bad miniature golf course.. ~(o.o)~

But no, we just had to reward the dysgenic, diseased, disabled and degenerate and punish the hygienic, healthy, able bodied, disciplined, resourceful and productive.

Well nature is about to reassert herself with a fucking holy vengeance.

Nope, it's that elves want all the toys for themselves.

Is that another climate change / depopulation propaganda?

a) count to six million or until you question consenting to any suggested numbers...especially as ONE within ALL.

b) HU'MAN, adjective [Latin humanus; Heb. form] + RACE, noun [Latin radix; radius; ray, radiate, etc.] What if the radius of form (life) represents the momentum of flow (inception towards death), and radiating form outwards within flow represents sustenance of self (blood); shared among others (bloodline)?

d) SITUA'TION, noun - "position; location in respect to something else". What has more value...being choice (free will) within balance (need/want) or choice vs choice (want vs not want)?

What if choice represents evaluation in response to the only value of balance? What if there can't be a higher value than evaluation?

e) what are the ramifications for the few if the many (how many is irrelevant) are culled? Does the few controlling the many dynamic change at all?

Shut up, aspie. Your posts suck every single time.

Your posts suck every single time.

Doesn't "every single time" imply your consent to that which you evaluate as "sucking"?

Look underneath the Asberger story and you can find an internationalist; anti-human parasite called chaskel leib kanner; suggesting and mass propagating the autism belief system.