Conspiracies
Communities Topics Log In Sign Up
Sign In
Hot
All Posts
Settings
Win uses cookies, which are essential for the site to function. We don't want your data, nor do we share it with anyone. I accept.
DEFAULT COMMUNITIES • All General AskWin Funny Technology Animals Sports Gaming DIY Health Positive Privacy
5 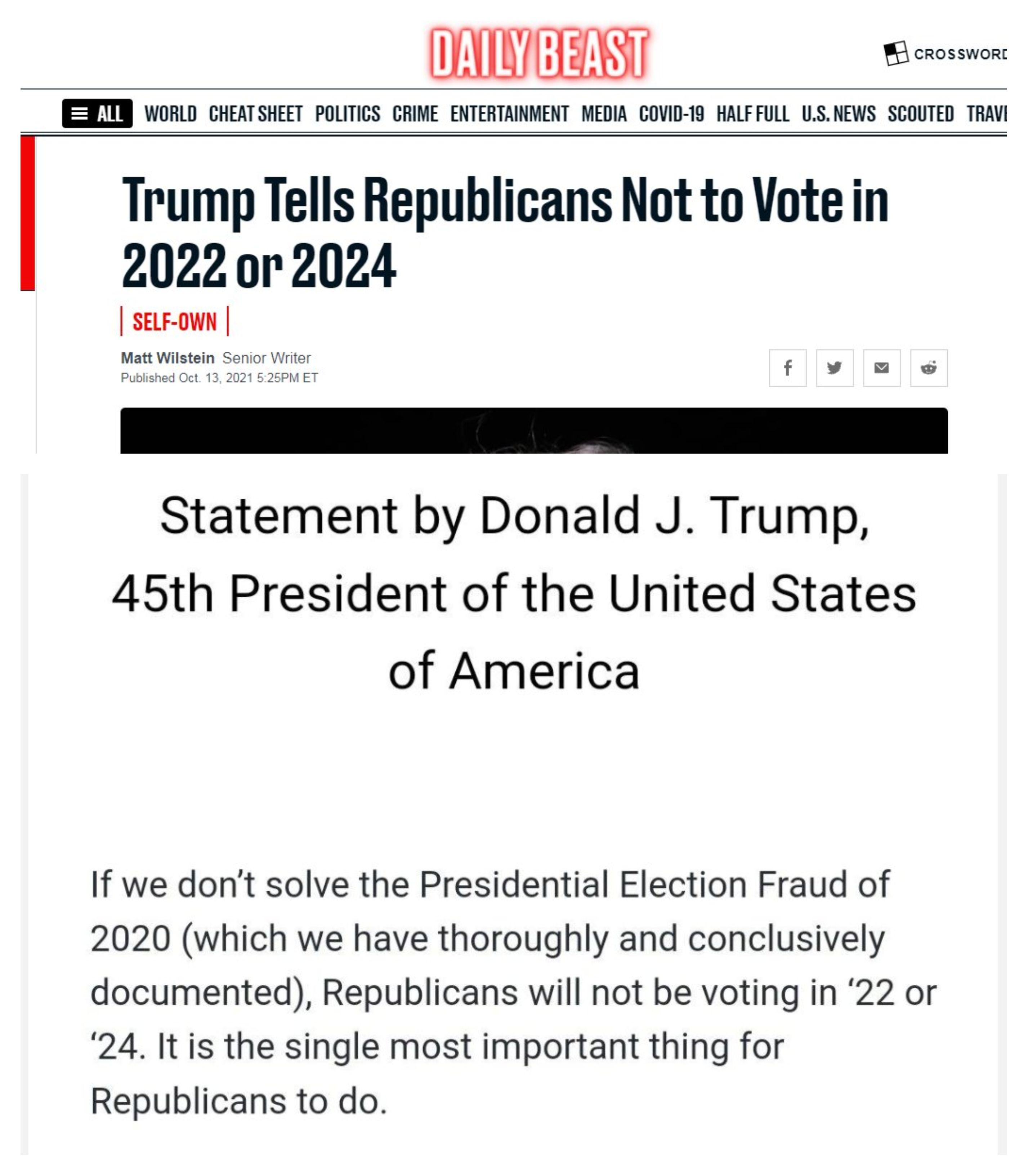 Right, give them an uncontested election. Sounds like a great thing to do, give them the moral high ground.

voting hasn't mattered since the 80's... the fuck's with this guy?

Definitely not since 2002.. ayve posted charts to show that.

It is so unbelievable to me that he would tell Republicans to just sit out, I interpret this as him saying the most important thing Republicans can do is to turn out to vote.

Correct. Donald Trump is urging Republicans to vote and the lying media has seized upon ambiguous grammar so that they themselves can persuade Republicans not to vote. This has got to be a new low for them. This is the new single-party in action.

You can see that they know they are lying. When I did a google search (which of course only showed these disgusting hit pieces that deliberately misconstrued the statement), at or near the top was https://theweek.com/donald-trump/1006008/trump-tells-republicans-they-should-not-vote-in-2022-or-2024-without-answers which the author ended with "Whatever happens, thank god we have this in writing."

Another thing to note is how none of these Deep State articles (at least the one's I've read) even mention the possibility that it could be interpreted the other way (that is to say correctly).

Although, according to Snopes, "Typically, current or former politicians send the opposite message to voters." Huh.

This (EDIT: No need for the additional sarcasm) will be used to explain away the impossible vote tallies in the upcoming elections that will put end to the Republican Party once and for all.