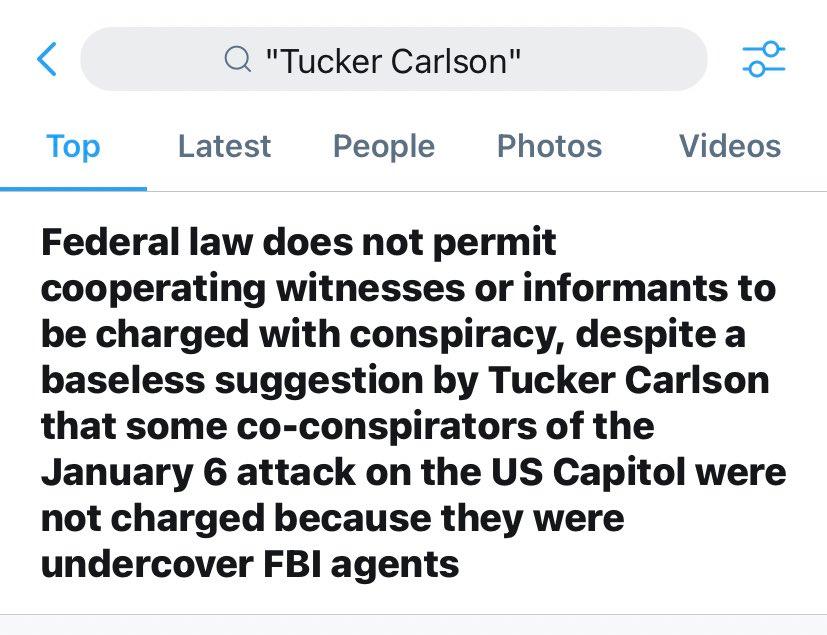 Maybe not. Someone posted the other day about the AI software they have now that writes headlines and stories.

Yeah, this is the best the CIA can do and the illiterate masses see baseless and Tucker Carlson and get all excited.

Tucker Carlson said some “co-conspirators” (as they were named in government pleadings) were not charged because they were undercover agents.

Undercover agents legally cannot be named as unindicted co-conspirators in a court pleading by the government, because an undercover agent acting in their official capacity is not committing the crime of conspiracy. Naming them would be perjury.

Yes, and we've all seen - especially this year - what sticklers these people are for following the rules. (Do I need the sarc tag?)

Yeah, that guy who tried to pause a U.S. election really was something.