Conspiracies
Communities Topics Log In Sign Up
Sign In
Hot
All Posts
Settings
Win uses cookies, which are essential for the site to function. We don't want your data, nor do we share it with anyone. I accept.
DEFAULT COMMUNITIES • All General AskWin Funny Technology Animals Sports Gaming DIY Health Positive Privacy
82 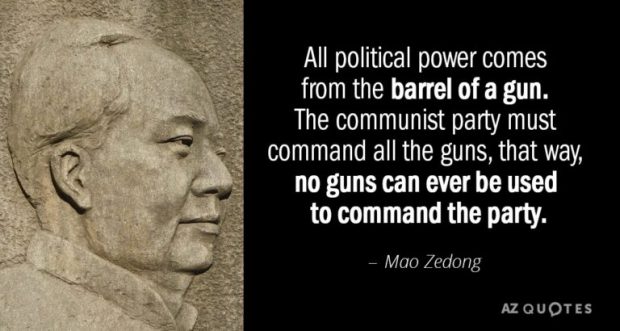 And then the trump haters were scared into buying guns by the constant media fear.

Gun control got even stupider. Now it's just "ban blacks!"

1776 Will Commence Again. WE WILL NOT RELINQUISH OUR FIREARMS

more lefties own guns than ever. all is NOT lost.

Bayonets! Because you don't want to get blood all over you.

Political power also seems to come from the lense of a camera, too. Use them often. Film everything.

However they are sneaky. They bring in vaccine passports and masks, and slowly, slowly tie us down. They turn our kids into Marxists who accept loss of freedom. They try to regulate and tax guns away. Eventually they will come for the Constitution.

But why the AR-15 specifically? Because it is an M16 derivative, and the M16 killed more commies than any other gun post WWII. It is a commie killer.

Because it is lightweight 22 Cal with lots of powder. Liwcrecoil, light ammo, easily used by anyone. Tyrants don't want everyone to easily oppose tyranny

The 2nd Amendment doesn't explicitly mention the underlying human right behind gun ownership, which is:

Without the right to self defense, we become ruled over by those who wield more physical power/violence, and we become either slaves or corpses. The right to self defense is no one else's responsibility but our own. It can be entrusted to no one else, because others do not care enough to enforce it as rigorously as the individual would, and such power in the hands of others would invariably be corrupted and turned against us, and without means to defend ourselves, we would have no means to fight back.

The gun is the most powerful force equalizer an individual can carry ever invented. It allows a weak person to fight a strong one, and few to fight many, without assured defeat. When guns are taken away, society reverts to what it was before the gun: those who wield the most physical power/violence rule over everyone else. A slave is a slave, by any other name, no matter how pretty the cage, or how convinced through propaganda that they're not.

To deny someone's ability to defend themself, to own a gun, is to deny them their own humanity, and their right to life.