Conspiracies
Communities Topics Log In Sign Up
Sign In
Hot
All Posts
Settings
Win uses cookies, which are essential for the site to function. We don't want your data, nor do we share it with anyone. I accept.
DEFAULT COMMUNITIES • All General AskWin Funny Technology Animals Sports Gaming DIY Health Positive Privacy
88 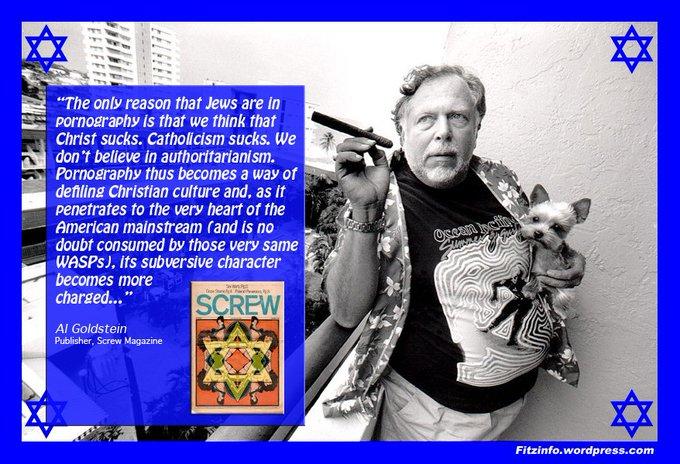 Jesus was a jew

The "Jews" who "practice" a "religion" now are instead practicing talmudism. An entirely different "religion".

Jews are a race, not a religion.

But their religion is irrelevant when it comes to their ethnic loyalties. Atheist jews are just as willing to participate in the genocide of foreign nations as christian jews, orthodox jews, etc.

Judiasm is BOTH an ethnicity AND a religion.

And the two are quite tied together, regardless of whether someone is ethnically Jewish but practicing Buddhism or something.....they are, oddly, all united in their hatred for/antipathy for Jesus Christ.

You know that the early christians who brought the ideology to Europe were all ethnically jews, right?

I see you have never seen a "discussion" in the Jewish community.

In reality, the jewish communists were funded by jewish bankers, and were fighting for more jewish power, not less.

And in reality, christianity was brought to Europe by jews, and organized christianity has spent the past 1600 years attacking white cultures and undermining our autonomy.

Don't look at what people say they do. Look at what they actually do.

He was also The Messiah.

Messiah is a hebrew word

Jesus: Forgive them Father. They know not how to meme.

"Jewish people can't be trusted, they're working to undermine our cultural institutions and corrupt our morals!

... Yeah, my entire worldview is based on a book written entirely by jews, and about jews. Only a ZIONIST would have a problem with that."

Incorrect. He was a Samaritan.

Jesus was a Hebrew, yes.

But Christ fulfilled and replaced the Jewish law and established a New Covenant. The Church is open to all - -Jew and Gentile -- and is the fulfillment of the old system.