Conspiracies
Communities Topics Log In Sign Up
Sign In
Hot
All Posts
Settings
Win uses cookies, which are essential for the site to function. We don't want your data, nor do we share it with anyone. I accept.
DEFAULT COMMUNITIES • All General AskWin Funny Technology Animals Sports Gaming DIY Health Positive Privacy
108 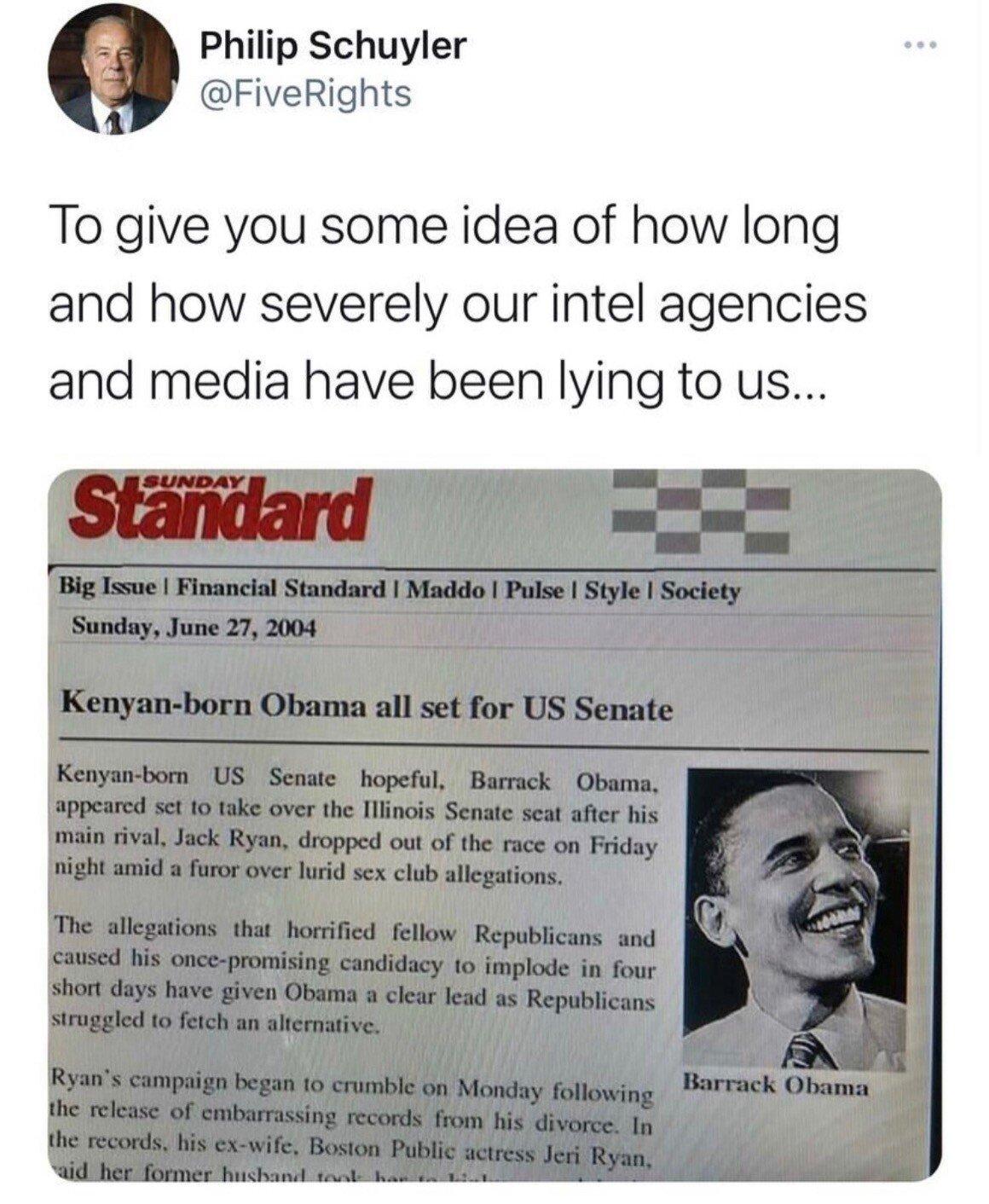 So when Trump gave up on his barry birth certificate investigation maybe that’s when it all began? After getting the intel on EVERYTHING from military higher ups he had to kinda sidestep the birther questions by saying twinkle toes was born here? He had to let it go? For the day when the payoff comes and we take them all down? Then again it could have been 9/11 when Trump became involved or even when they killed his friend jfk jr.?