Conspiracies
Communities Topics Log In Sign Up
Sign In
Hot
All Posts
Settings
Win uses cookies, which are essential for the site to function. We don't want your data, nor do we share it with anyone. I accept.
DEFAULT COMMUNITIES • All General AskWin Funny Technology Animals Sports Gaming DIY Health Positive Privacy
77 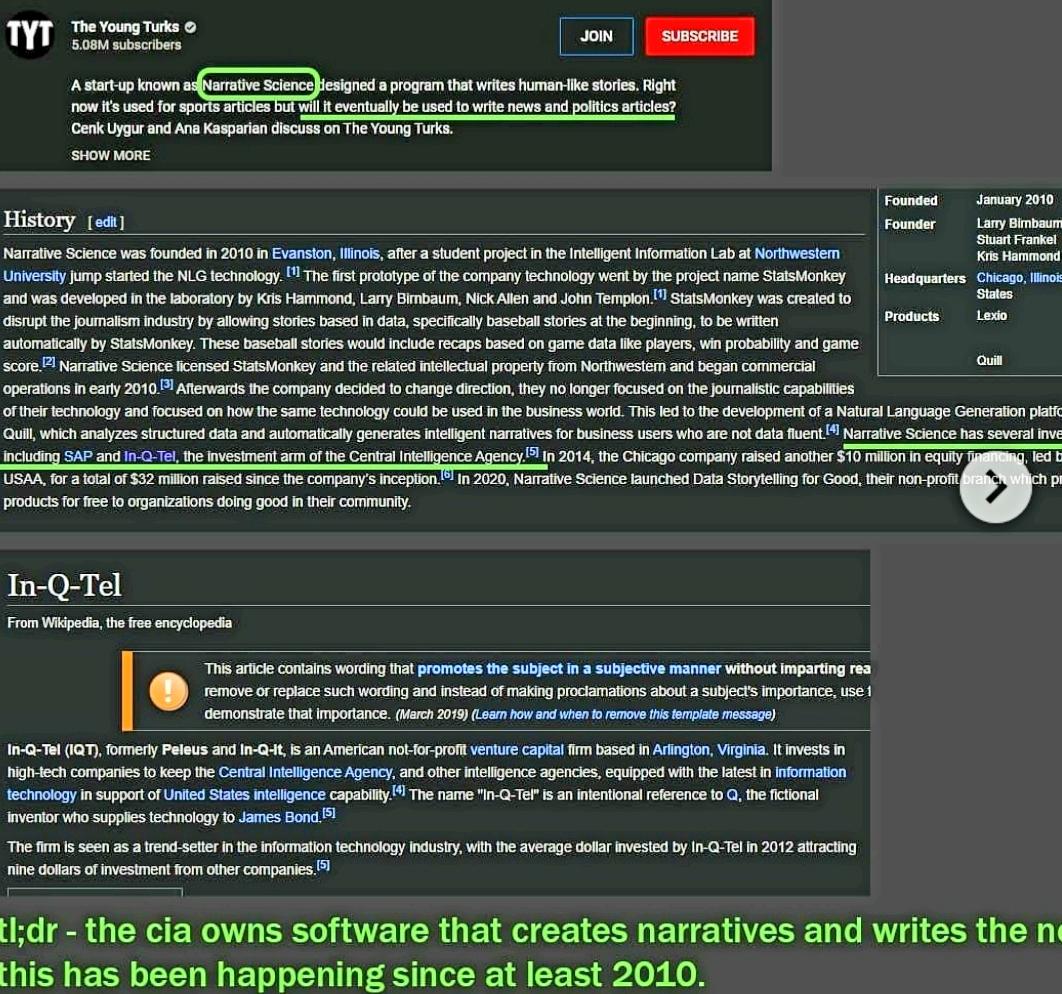 Before that they just wrote the stories themselves, and the presstitutes reported those as if they are their own stories.

Even in Europe. Udo Ulfkote was German journalist who wrote a book revealing he often printed stories in newspapers, with his name in the by-line, that were completely written by intelligence agencies and handed to him to submit. It was completely normal. He and other journos got kickbacks and perks etc. He came to regret it later in his career, and spoke out, but he was the exception rather than the rule. He also died youngish of a heart attack I believe.