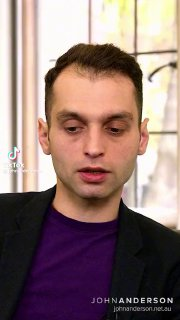 That guys getting a lot of play time.. Europe's limits to free speech are bullshit...

Just one problem with Russia though....

That whole conscripting 1M dudes to die in Ukraine for whatever stupid invasion logic koolaide they were drinking at the time...

hahaha, you know we diverge considerably here, from my perspective it is simply a function of information, if you had it, you would likely have a better understanding.

It is like you want to ignore the history that brought us to this point somehow, when you should be aware as you watch your own country collapse from the criminality of the type of bad information being put to use.

Many years ago before the end of world war 2 usa was subverted, remember when that coup was going to happen and the 500k troops were getting ready to take over usa?

Well, the jews won and at that point subverted usa with fake currency and since then it has been a criminal haven, what we see in ukraine has been the culminated efforts since before the end of world war 2 coming to fruition.

Just like ww2 created israel, they plan to create khazaria with ww3.

When the jews took Russia back in the early 1900's they went on and took china, and world war 2 was them capturing usa completely. britain left for dead. canada and the rest of the west come along for free.

So here we are, the criminals have conquered the entire western world while people like you are busy counting your coins earned.

You wanna shit talk me because I see all this stuff and you figure I am a chinese shill, lmao.

As far as I am concerned and from what I can see, Russia is the only country left standing in the war against the global criminals that you seem to support.

The good news is, that Russia has been preparing for this for decades and is now in the power play, they have all that is needed and everyone else is lacking.

The good news is, that Russia has been preparing for this for decades and is now in the power play, they have all that is needed and everyone else is lacking.

A bunch of drunk, old, unmotivated, and underequipped conscripts?

Yeah, they can keep those.

How many people has the UK jailed for speaking out against the war?