Conspiracies
Communities Topics Log In Sign Up
Sign In
Hot
All Posts
Settings
Win uses cookies, which are essential for the site to function. We don't want your data, nor do we share it with anyone. I accept.
DEFAULT COMMUNITIES • All General AskWin Funny Technology Animals Sports Gaming DIY Health Positive Privacy
15 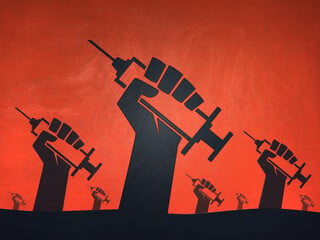 And homosexuals are normal?

According to the head shrinkers.

Well, If I were Canadian I would be developing a homicidal urge to kill the Canadian Psychiatric Association members. I guess that counts as a mental disease. Sels-fulfilled prophesy?

inb4 the "treatment" is MAID

Too coincidental timing of a program launch for it not to be the goal.

"YOU'RE TOO SMART QUESTIONING 'SCIENCE' AND RESEARCHING WHAT THE VACCINES DO TO THE BODY! YOU DON'T BEND TO COLLECTIVISM LIKE EVERYONE ELSE! YOU MUST BE CRAZY"

That's what I was thinking about the "force everyone to take a death vax" folks....we got complacent with evil and now it's ruling over us.....hard....

They say you can overcome Evil with Good.

But I think Trudeau is like a wicked witch and whoever offs him will probably get the allegiance of the entire munchkin kingdom.

Do Canadians ever put 2 and 2 together? MAiD for the mentally ill, then saying anyone who doesn't take the poison is mentally ill... At a certain point you're going to have to deal with your government or you'll be ashes.

I like that...it's true Jesus said overcome evil with good. But let us not get complacent with it (evil) either. This has been our mistake and this is what their brainwashing has convinced us to be....to our own chagrin....

So you are into group masochism?

Who is this us.

Hey newsflash....not all propaganda is on the same side....they just don't want competition on their turf lol.

known by whom? mossad?

that's the lamest gaslighting attempt someone has ever thrown my way

His writings put him as pro-Putin (his father was Russian) , Saddam, Gaddafi, Chavez, Mugabe any communists including the Kims.

Main focus anti-western, anti-jewish, pro-communist and internationalist conspiracies against the US 'hegemony', capitalism and democracy.

Russia Today and other anti western media outlets love him because they don't even have to misquote him - he despises and resents the US and Western Europe as much as they claim to.

All paid for by the Canadian taxpayer as he is a tenured professor.

That's genuine democracy of the varieties his idols Putin, Chavez, Gaddafi and Castro quickly stomped out.