Conspiracies
Communities Topics Log In Sign Up
Sign In
Hot
All Posts
Settings
Win uses cookies, which are essential for the site to function. We don't want your data, nor do we share it with anyone. I accept.
DEFAULT COMMUNITIES • All General AskWin Funny Technology Animals Sports Gaming DIY Health Positive Privacy
9

Unfriendly reminder to the covid is real camp --> even if it were an engineered virus unleashed, IT HAD A 99.997% SURVIVAL RATE and PCR was a scam and flu, rsv, pne disappeared which means COVID WAS NOT REAL. SARS-2 might have been for ~3,000 people but NO COVID19. (media.conspiracies.win)
posted 5 days ago by pkvi 5 days ago by pkvi +12 / -3 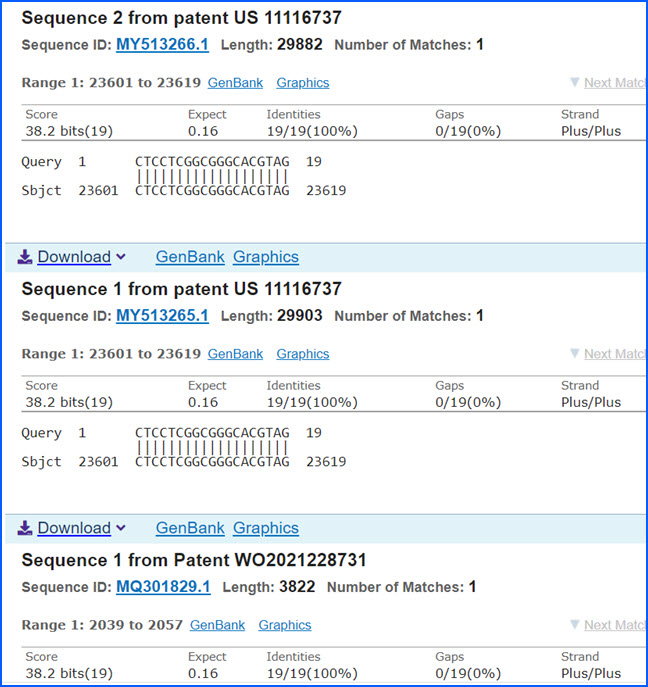 How do you continue to hype covid is not dangerous in the same breath as covid was an engineered bioweapon. If it was, it was the most pathetic failed one and you only feed THEIR narrative

Both things are true 🤷‍♂️ think about it- we know they were experimenting with gain of function on sars-cov-1 for last decade. There’s also clearly a new type of illness clinically based upon symptoms. I think they wanted something scary enough to create compliance which is exactly where we’re at

All that WEF/IMF/BG/JHU stuff - overpopulation FUD, Agenda 2030, etc. They give money and some kind of guarantees of untoucheability to uncompetent Fauci & Co, who promised new cool virus soon.

They go further to final preparations, organize Event201 followed by orders for governments in Davos, but Fauci & Co are incompetent, remember?

They completely failed with virus, the thing they finally got in Wuhan turned out to be not working at all. If they had got any working virus, even absolutely harmless, they of course would have isolated it to present the pure sample to the world as a proof of existence and danger. When a new virus found, it isolated (really isolated), and pure sample is sent to WHO and interested institutes for study and creating regular vaccine. But they can't do that simple thing, in over two years, because there are no virus.

But everything have been already started, MSM began fearmongering campaign, BigPharma impatient for megaprofits, politicians waiting a reason to screw the freedom and human rights, as planned, etc.

It was too late to stop the machine, so they began to pose everything as COVID and kill people with insane protocols with shitty and unsuitable treatments and ventilators to show any deaths from the virus they was promised.

Along with all that fearmongering, PCR scam, mass formation, censorship, lockdowns, nocebo effect, Seattle windshield pitting epidemic effect and all that stuff, some sheeple really developed symptoms they was told about and began to pose their ordinary flu or cold as "very special awful disease they never got before". That mutual sheeple fearmongering without any real cause spinned the mindwashing machine to enormous levels.

Since there was no any useable samples of non-existing virus to create and sell regular vaccine from weakened pathogen with necessary additions they planned, BigPharma fall to all that bullshit with "new, progressive experimental types of not-a-vaccines", from never worked vector ones to insane mRNA shit. And they can't even make a fake regular vaccine, because first independent analysis will show that it is bullshit without real virus. It is hard to do the same with that new "vaccines", because it is unclear what to look for. There will be regular adenovirus in vector not-a-vaccines, not the new one, and who knows what will be in mRNA shit.

That is why they don't make regular vaccines, despite their significantly higher acceptance in public. So, we have murky clot shots made from shit and even some sheeple have doubts. And again, like virus vaccines with specific additions was intended to be a tool for depopulation, but they failed again. Yes, people die, but not even close to the rates they dreamed of in their Agendas and Events.

That is why we see total insanity and complete loss of any sense in their actions, that is why all that shit looks so weird. They completely failed twice, but still do the things they planned like virus is real and harmful and vaccines works like they want. And they can't stop to do it, because this will ruin all their plans and themselves completely.

That is why all their "measures" look simultaneously so brutal and so dumb - they expect a real pandemic with hundrads of millions deaths, when people will be bothered with personal survival and will beg authorities to save them with death shots in the exchange of loosing all freedoms and rights, but, to their disappointment, there was no any pandemic at all, and even heavily pushed vaccines don't work in their way. There are no pandemic, there only measures they plan for it.

From the other side, they still have some achievements in grabbing human rights to some extent, creating artificial food supply chains shortages (that is another story, for other topic, see IceAgeFarmer for more details), but hardly in full, and hardly for the level they dreamed for.

So, all that coronahoax clown world is a result of outstanding incompetence in combination with enormous self-confidence of that bastards. From one side they get something, and screw us, but from the other side they finally loose any credibility even in part of their loyal sheeple.

I think that the best strategy is to continue to deprive authorities credibility in the eyes of population to the point when they will have to cut down that shit or declare an open war against people. And even in the latter case we have a decent chances to win, since they are a small group of dumb and greedy bastards and even billions of sheeple will not fight for them and their wealth seriously if things become serious.

So, just hold your line, do not comply, ignore and discredit them where you could.

It lines up with the SPARS document tho. At the end of the exercise it’s revealed not to be as deadly as thought. What we saw happen is basically what the document said was going to happen, even to the breaking narrative we see now.

How far the narrative breaks remains to be seen. We’re at the end of the scenario. Supposedly we’ll start seeing more dieoff and neurodegenerative side effects being acknowledged...

It bothers me that a man named BadOne was going around with a woman named Wolf. Start the exercise with lies and end it with a little truth? Fine by me but let’s not stop there.