Conspiracies
Communities Topics Log In Sign Up
Sign In
Hot
All Posts
Settings
Win uses cookies, which are essential for the site to function. We don't want your data, nor do we share it with anyone. I accept.
DEFAULT COMMUNITIES • All General AskWin Funny Technology Animals Sports Gaming DIY Health Positive Privacy
7

Fact the US Intel is telling you elaborately is all the evidence you need to know its b/s. Why even bother.. ((they)) will say that then w/o our authority also go attack bcuz fuck us, we're just mineral diggers. Curious to see what Branch Covidians will do but they HAVE been anti-Russian conditioned (media.conspiracies.win)
posted 5 days ago by pkvi 5 days ago by pkvi +9 / -2 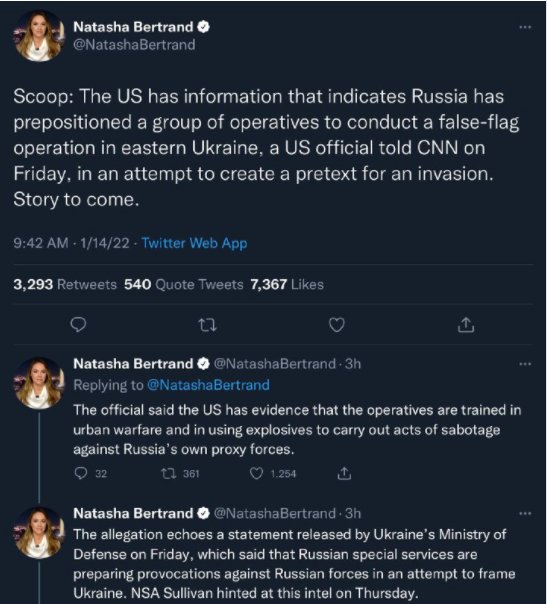 So...wrapping up covid and moving straight on to war. Do not pass go. Do not collect 200 dollars.

Sure seems that way but something tells me we are missing a step.

All ayh am 100% confident about is that whatever happens begins in late Feb and peaks mid March. Its SOP

Why those dates in particular?

Andrew Card (Bush COS) once said, "You never sell a new product in August" which was why they announced Iraq war in Sept.

When you then reflect on this model of when in the year is the best time to engage a distracted populace, there are two points in time, March and September.

Now go thru the last 100 years of government and its a sickening display of manipulation and fraud sold to the people in this two months.

There are several consumer spending models that deep dive the consumer state of mind in each month.

Interesting. Probably some esoteric shit tied in as well.

I don't know why they'd need a false flag?

"Here's what I have been instructed to parrot to you morons:"