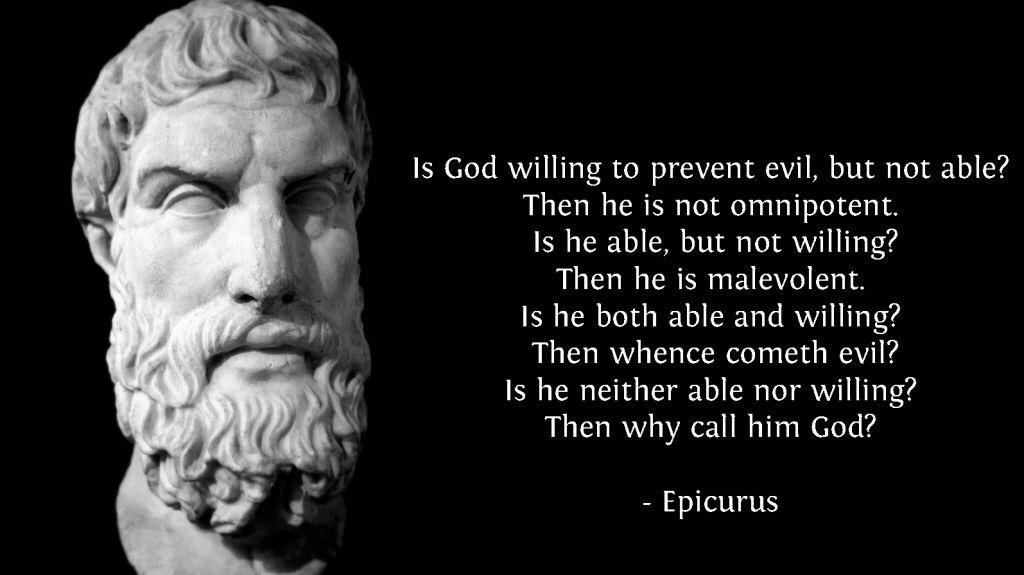 What makes a man think?

What his body is?

What his mind is?

What compels him to try and describe or understand what he is feeling, or seeing, or what reality is?

Is God willing to prevent evil, but not able?

Yes, because Humans are willing to prevent evil. They are sometimes able and sometimes not.

Then he is not omnipotent.

Yes, because Humans are willing to not be omnipotent. Humans have free will, but can also be deterministic.

Is he able, but not willing?

He is able and willing, yet also not able and not willing.

Then he is malevolent.

When people feel betrayed, hurt or traumatized. When they are uneducated, and deprived of experiences and quality of life.

Is he either able nor willing?

He is able and willing, yet also not able and not willing.

Then why call him god?

God is good. We want his name to be that, instead of "Bad".

We want mankind to make a choice, choose that God can be good, and live your life proving that.