Conspiracies
Communities Topics Log In Sign Up
Sign In
Hot
All Posts
Settings
Win uses cookies, which are essential for the site to function. We don't want your data, nor do we share it with anyone. I accept.
DEFAULT COMMUNITIES • All General AskWin Funny Technology Animals Sports Gaming DIY Health Positive Privacy
32 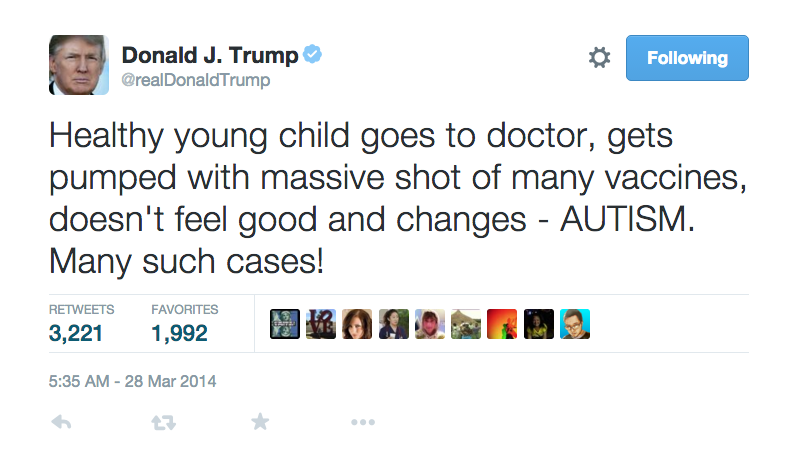 Now read it in Rorschach's voice.

Happened to neighbor's (who happens to be a nurse) kid after the MMR vaccine.

They won't take their own shot. ~ TGP

Mine is the one where he says that he hopes that isn't alien life since the US would just start giving them free money.

This was way before he was elected in 2016 and then they told him he is not really in charge and must do what he is told and he bowed down to his masters and said YES SIRS!

Why everyone here hasn't gotten their Trump Covid Vaccine™ is beyond me. The God Emporer himself is telling you to do it.

It doesn't "befuddle" him...that dude is paid to be here.

30% of traffic on here is from Israel.

Oh yeah, I get a twisting in my right calf mainly.

You would think that 20 years would be enough time for it to go away or something.

I almost begin to think the worst thing for your back is simply brushing your teeth. I do way more physical stuff, yet that's how I throw it out mostly. :)

Even if they come at my expense. Self-deprecating humor is always the best.

True story...I had a passel of odd friends at the tiny college I went to, and a wasted way too much time playing cards, spades and pitch mainly, during breaks between classes.

Anyhow, one dude of that bunch, who is hilarious, became a Facebook meme generator. Not that he made them, people made them ABOUT him, with him always stoking the fire. He's overweight, old, single, watches wrasslin', but to his credit still gets out a lot. Manages to get on TV a ton...even won a contest and got to do play-by-play for a pro sports team. Point being, he ended up recently snagging what might be one of the prettiest women I've ever seen. And she's hilarious as well, and even jumped into a recent thread about him (and her, and subsequent jokes at his expense) and got into the tomfoolery.

In the end, it's about the importance of being earnest and the power of positive thinking.

His supporters literally nicknamed him God Emperor of the United States. Bruh.

Remember when Obama was called the messiah?

In fact, Obama merely responded by saying "Contrary to the rumors you have heard, I was not born in a manger."

Those that worship men will always regret it.

Edit: I mean, you can downvote me all you want, but Obama never denied being a messiah or Christ. He was called out as being a / the messiah in the news and media. Presented here, citing a few dipshit Trump supporters claiming him to be 'god emperor.' Yet I question the source of the subject. Again - main stream media vs a few radical screwballs.

The media claimed Obama was a / the messiah. Obama never denied being a/the messiah.

Fuck the Trump Covid Vaccine™. I want nothing to do with whatever that man thinks he creates.

OH, but it's been reissued as the Biden happy funtime Vaccine. Get in line buddy. You're new God emperor Bident demands it.

oh i see... you're upset that trump pushed forward an emergency vaccine.

apparently you'd rather have waited for the election to be stolen, commie CCP puppets to be installed, the vaccine to be "tested" so it could then be forced on you by making it mandatory.

do you not get the part where because this is an emergency use only vaccine... you don't have to take it and they can't force you to?

they can try, with social pressure, but without trump pushing it forward you'd be MANDATED to take it.

does that make ANY sense at all to you or are you just gonna keep being a trump hating weirdo?

Don't worry bud. Once the next flu season begins, all those who refused to be vaccinated will be blamed. Vax passports will become mandatory most everywhere and of course, vaccines will be indirectly mandated.

Trump wants credit for political reasons. It's that simple.

Trump pushed it through as an emergency, they pressured him not to so it could be mandated from jump...

they wanted to force this on everyone.

he made sure they couldn't.

if you think thats a bad thing then i can't help you.

This is the ridiculous excuse making bullshit that makes patriots.win a joke.

if you're too retarded to understand he did this on purpose to stop them from doing much worse...

You are a deranged cult member. Good luck.

Aww, the tRumpTard is upset!

I think you're wrong - and I can't help you.

if trump wouldn't have pushed it through with "warp speed" they would have claimed it was tested, then mandated everyone take it.

if you can't figure that out... then i can't help you.

It has to be exhausting to still be defending the orange pedo this late in the game.

you trump derangement syndrome faggots sure do make me laugh.

Oh, no. He’s always been a pedophile.

Even before him and Epstein tag team raped a 13 year old.

He even owned a pedo pageant.

banned him from maralago

but i'm sure you know all the inside info

Whatever you have to tell yourself to sleep at night, pedo supporter.